Posted on July 6, 2017 by onenotsoboredhousewife

Although not new, the manifestation of pejorative comments and unbecoming behaviour of some people in our widely professed “friendly province”, seems to have reached a new height. Along with that, there has been a rising of many against the Oligarchy we call our government, and watching the behaviour of some of our government officials, makes it seem, as though we are being run by a kakistrocracy. It has become all too much for many to even care anymore, unless their day-to-day lives are affected.

People could not even be bothered to vote out a government they largely dislike, for fear of electing another one just as bad. To gain an understanding of how people think or feel, one just needs to have the conversations. No matter how frustrated and disgusted some people are, with the things going on within our province, (particularly in government), they feel there is nothing that anyone can do to change things, because governments will do what they want no matter the cost to our citizens. 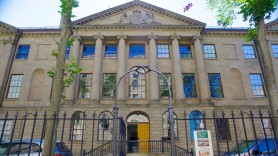 Many believe all governments bear the same traits, become mealy mouthed and sanctimonious the minute they get elected. That there is a degradation of morality going on even within our governments. There is a segment of our population who applaud this behaviour, but most can no longer stomach the rhetoric, the Mafia mentality and the spin used to justify the seemingly corrupt behaviour by our elected officials.

It is becoming impossible, to find an argument against the justification of these feelings, because there are so many examples to justify them. No matter what we think, about the decisions being made by our governments regarding our Education System, our Environment, our Health Care, and many other things that affect our daily lives, our governments do what they want, when they want, however they want. No other opinions of the public are tolerated or matter. It seems we must take our governments to court to have a say, and that is happening more and more for a variety of reasons around this province. 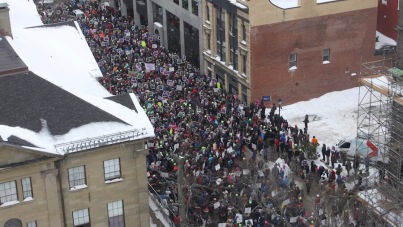 Teachers protest in Halifax (The Signal)

For all the great spin put on things happening in Nova Scotia, we don’t need to look hard, to see why so many people are standing up to fight against this kakistrocracy. Poverty and lack of resources, are contributing to a rise in children going hungry and struggling in school, youth becoming entangled in criminal activity, and mental illness affecting more of our children. Then there are our seniors, who are often isolated because of financial constraints. Many of our seniors can’t afford to live on the incomes they have and are choosing to eat, or not to eat, to buy medication, or not to buy medication. We are talking about human beings here. Let’s just be a little dramatic!

For God’s sake, is it necessary for our people to live like this? We are not poor. We have the means to look after our people. We just have a government that chooses not to, because their own priorities are more important.

In the last few days, we have all watched the events unfold involving our young military men, in a show of disrespect towards our aboriginal women in ceremony. Heard the news of fireworks being shot at a group of our aboriginal women camped near the Shubenacadie River, read comments on the internet that show such a complete lack of understanding and respect for the reason they are there, and I am disgusted with these attitudes. 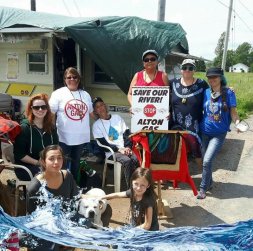 We should be thanking them, for trying to protect the river for us all, that is full of wildlife and home to striped bass, which the Committee on the Status of Endangered Wildlife in Canada, considers endangered. After spending an evening with these women, I walked away in awe of the courage they have, to put themselves in the path of insults, harassment, and even harm’s way. These are amazing aboriginal women, who have a few amazing aboriginal men, that stand with them in a fight to save the river from being destroyed, and they are there for all of us. They have my respect and gratitude.

I have met some incredible, strong women in the past year. Women who are not in any way, willing to sit down, shut up, or go along to get along. Women who are fighting not only for their families, but for all families who would be, or already have been, affected by decisions our governments have made, to allow the destruction and pollution of our environment, and the communities where people chose to live and raise their families. Women of many ethnic backgrounds, who care about our people, our economy, our education system, our health care, our seniors, our children, our environment, and all the unique qualities that every race and culture add to our province, which enrich the lives of us all.

I have met some incredible and dedicated men. Men willing to stand up along side of these women, and are willing to fight for what is right. Who are not part of the old boy’s club and not driven by greed. Who care about all our people, and like the women, respect every race and culture that is show cased around our province, and in our communities. 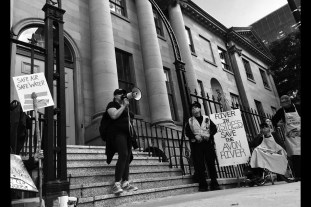 It never was, and will never be easy, to fight against people in a position of power, that are more concerned about themselves, than any other segment of our population. Greed is also alive and well in Nova Scotia.