It’s All About the Base

Posted on March 7, 2018 by onenotsoboredhousewife

Over the past year, this province has experienced a disheartening and enlightening series of exposures to what has proven to be an underworld of sorts in our government and their management of healthcare, the environment, the education system, among many other things.

Based on what we saw and heard last year, and based on our experiences with this government across most portfolios, it should come as no surprise
that the NS Liberals have not grown from their time in office, nor have they taken the time to really collaborate with each other or anyone else to bring positive change forward in the province. They continue to shun the very people most impacted by their decisions. They continue to use a heavy hand and utterly mean spirited tactics as they force chaos into a system and a province that needs and should inspire collaboration and team work. And they continue to spin their plan almost on a moment by moment fly by the seat of their pants basis. 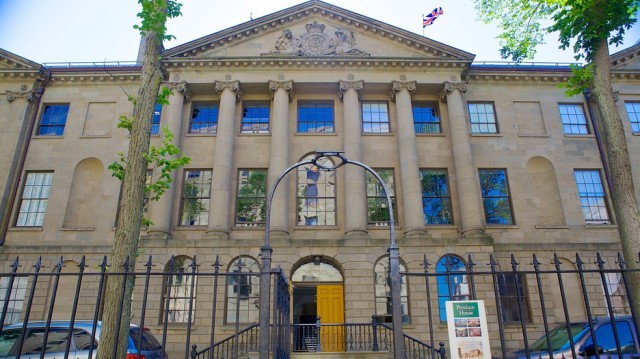 Last year, I found myself horrified with the lack of professional behaviour and especially the blanket disparaging of every teacher in this province. I have seen it before in specific issues on a very scaled down basis. And I suspected to varied degrees it was just some of the Liberals. But during the process of passing Bill 75 (and even just the introduction of both Bills 75), I became acutely aware that we had a terribly dysfunctional and solidly misguided gang of bullies running this province.

Hard decisions need to be made all the time, but how you go about making those decisions, and the motivation for them, is what makes one government stand out from all the rest. Being an ogre, lying, pitting groups against each other, using the media to smear a large group en masse, and making claims about your role that do not align with your actions, dividing to conquer; these are all underhanded misuses of power and quite frankly speak to the shortcomings and apparent lack of confidence in your decision, more so than any opposition to the decision itself.

How did we end up with a government full of politicians who cannot bring themselves to be honest, to hold their tongues when they think nasty thoughts, to not repeat unkind and untrue rumours, to listen and do their homework, to know what they are voting for and to understand other people and consider the bigger picture. Surely their parents tried hard to raise them properly.

These Liberals close themselves off from anyone who does not agree with them, and participate in a mantra of sorts to do their best to create a poor environment for our most valued and influential members of the public. They ignored the teachers last year, then claimed the teachers were never clear about what they wanted. Repeatedly, this year, the Minister claimed that he heard from principals, teachers, parents, but never clarified that those times he may have been listening were not in the public forum. When you choose who you want to hear from, you are choosing to not hear from all sides. You are choosing to exist in an echo chamber.

I don’t need to state the obvious. The NS Liberals were fulfilling a resolution created and passed by a non-elected caucus. Resolution sounds official, and one would think it was heavily debated, well researched and based on the greater good. But that ideal when one thinks about any NS Liberal intention has become a fool’s hope. The caucus does not think about the greater good. They think about their own goals. Who was present and part of developing this plot is their secret. One would never know unless they were part of the discussion.

A dues-paid and longstanding member would never reveal if there was any dissension, nor what facets of data or evidence were never considered. They would never divulge that the idea originated outside of the caucus, or in the corners of days gone by, business unfinished. Or that its proposal was developed and finessed and propagated with tactical marketing savvy. An idea that grew wings in closed door meetings long before it’s seeds were planted within the membership. And the elders of the bunch will never disclose that the cultish behaviour of the new generation of members, who attend the AGMs in the hopes of meeting the leader, a generation of idol worshippers, who have high hopes of being the next up and coming, vote eagerly en masse in favour of whatever the resolution proposes, due to their blind faith, perceived need to fit in and lack of life experience. And we don’t often see the internal family relationships between members that help foster the continuity of old school ideas. It wouldn’t be wise as a loyal member to expose the influences of the old boys club, rich cronies who glad hand and feign comraderie with the peons but once a year, nor the high school like environment that overwhelms any mature and common sense approach to thinking these things through. From outside, we are meant be in the dark. But even the deepest and darkest secrets have a way of working their way to the surface.

Then as a public we look at the elected members. We expect them to represent us, but eventually find ourselves standing here with our mouths hanging open in shock and realization. For a while. Then we get angry. And then angrier. Until we give up. Through several phases of our awakening we do our diligent and utter best to keep faith that honor and ethics will kick in. We present a good case, then we follow it up. We try to keep our emotions intact and chins up and add more evidence. We turn to using guilt and shame. And in sheer exhaustion, we then write them off. We never knew they were fulfilling a directive. We don’t hear about the manner in which they are trapped or coerced into toeing the party line. They appear to believe they portray a united front, but that is further proof they have blinders on and have turned off their attention to detail. They were elected because some people thought they were upstanding, and possessed good judgement, could change things. Now that they’re in, none wants to stand out, be a pot stirrer. It mystifies us that any decent and successful human being would turn in their independent thoughts and personal honour in order to simply tag along. To be rendered so useless to their own detriment is incredible. “Wow!” we think. It’s like they signed their souls away for a piece of the public purse pie. And yet they are elected again.

This is where we can effect change. Protesting outside the legislature doesn’t help. It hasn’t impacted this government at all. We are still outside of the circle. So, join the parties. Don’t join to run, and don’t join to help someone else run. Join to be part of how the party thinks. In great numbers. Fight the old school and undo the cult mentality by bringing more voices to the choir. Learn how they think and carefully introduce them to your world. Plant new seeds. Collaborate so you can influence the thinkers. Represent your best interests. Then decide who will act on your behalf. There are more of us outsiders than one, the Premier, would have you believe. While he speaks about the public giving the NS Liberals a mandate, it was a few and cowardly bunch, hiding under their corporate board tables or behind their political retirements, who give directions and use his lack of self worth to fulfill their desires. It’s layers, those elected answering to others, higher up the ladder. And they are but a few. We are many.

We need to have more than one cause in mind we need to truly practice what we believe the government owes us. Believe that we and our issue are only a piece of the puzzle. Each of us are a small part of the greater good. If you are concerned about education, so too are you about poverty, health, the environment and workers’ rights. Don’t fall into the trap laid by political ideology that these elements of our lives are not related. If you are concerned about the economy, then you care about our aging population and seniors care. We will all be seniors some day and need to consider who will drive the economy, fund healthcare, provide services and that wraps back around to education. I could create these webs all day, but I think you get the point.

We need to bring new light and noise to the parties, because none of these issues we endure should be considered partisan nor should they be impacted by political games. We can steer the parties into the modern world. We need to build a new base of ideas, from where our possibilities are considered.  Somewhere new to start from. That base is new members who have their own thoughts and ideas and are willing to put them to good use. In the last election, the numbers of those who did not vote was characterized by some as laziness. But voter apathy is a form of hopelessness. There is a track record that supports a fear that every party is just as bad as the next.  To undertake changing only the current government will lead to another colour and shiny new faces, but the trend exists behind every party we face. Old ideas get recycled because of who remains lurking.

It is in our reach to start altering the future with the weight of new numbers, new voices  and new directions.