Posted on May 31, 2018 by onenotsoboredhousewife

Most Nova Scotians do not support this form of forestry at all. And we are slowly finding out how much it costs us.

Recently, we learned the Province is paying more to Port Hawkesbury Paper for their forestry practices, than we are making from that mill. While they paid $3.1 Million in stumpage fees to clear cut on our crown lands, the Province paid the mill, $4.4 Million for “silviculture” work. And what that silviculture work is exactly, is being kept secret right now. These imbalances and lack of transparency, add much to the lack of patience people have with regard to the clear cutting and how our crown lands are being managed, as well as the mills themselves.

There is a lot wrong with forestry in Nova Scotia, and it is exacerbated by a Natural Resources Department that fosters everything that is wrong in forestry. The bureaucracy in the department is made up of forestry industry members, who don’t seem to care to see themselves as regulators or conservationists. The practices in clear cutting are impacting our forests to the point that many experts are not certain they will ever recover. And these clear cuts are intruding on some of Nova Scotia’s most important lands and areas.

The Waverley Game Sanctuary edges our community, and is very much a part of our lifestyle and consideration every day. We experience the wildlife in our yards, we walk the trails and fish the lakes, and have been blessed and compelled to stand up for the Sanctuary as its neighbors. At the end of our road there are several land plots that belong to DNR, that wrap around the edges of the Sanctuary and are tied into the Long Lake Salmon River Wilderness Area.

Last year, we noticed quite a large volume of young trees were cut on the DNR lands, and upon further investigation we found there was quite a fair bit of this cutting done throughout these lands near our community all the way through to the Sanctuary.

I called DNR to enquire, and I was told there had been some “pre-commercial clearing”. I questioned this activity and I was told there would not be any clear cutting for a number of years. I stated there should not be any clear cutting here. I queried too if they intended to spray there, as we have an ongoing battle with government ignoring the health risks from spraying and the public opposition to it. The response was quite troubling. “No, no, we’re not ready for that, yet.” YET? There is not supposed to be any spraying on Crown Land.

There are a number of other issues in this story.

– We are in the headwaters of the Shubenacadie River Watershed Area here. I don’t think it is a wise option for these lands, to consider clear cutting them or spraying them when considering human health.
– We have a concern about the ground water, and the water table here, but also have concerns about the homes that draw from the lakes fed by these headwaters as well as the communities that receive the waters
– We are bordering on the Game Sanctuary. This is very bad news for the Sanctuary
– We are next to the wilderness area.

These lands are tied to a green belt being developed and now they want to probably clear cut and possibly spray?

It appears the practice is to consider the land as a singular body, without consideration for the adjacent lands or the impacts to other areas. These lands should be protected for their value to humans, but also due to their immediate relationship with the Game Sanctuary and Wilderness Area. This is a longer discussion, regarding habitat, pollution, water, etc, but I want to bring these forestry concerns at least to the surface. We fear our Sanctuaries are under attack in light of the damage already done to Liscombe Sanctuary. And we need to be vigilante about ensuring the Game Sanctuaries don’t quietly become marketable resource areas for DNR.

There is another issue that has me extremely troubled. Members of the public have talked for a long time about DNR employees allowing their lands to be clear cut for a mill, then it seems, sometimes they sell their lands to DNR. When I heard this, I thought how underhanded, and as can be seen in many cases, they are taking a very high return for  selling their treeless property to the government, their employer. While the purchase of lands is obviously legal, I find this particular practice involving public servants, unethical, perhaps criminal. And the valuation of these lands does not support the tax dollars used to acquire them! 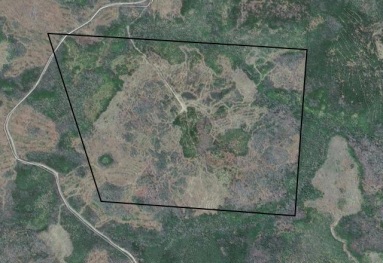 Lauchie Timmons was employed by DNRNS at the time of this sale, and still is, as can be confirmed via Public Accounts Nova Scotia, Natural Resources, Salaries. The land (291 acres) was clear cut prior to the sale and was valued at $46,600. In reviewing the valuation history, this appears to be a higher valuation given prior to the clear cut. The province paid 2-1/2 times the assessed value of the lands for barren stripped lands. Even today, those lands are only assessed at $50,400.

Being able to sell lands after clear cuts at high valuations seems to encourage such forestry practices, and it undermines the integrity of the perceived role of crown lands in Nova Scotia. Publicly, government states they are regulating cuts on crown land, but they have been insufficiently managed, and now that we see evidence that DNR is buying from and selling to private land owners and corporations to allow clear cutting, their assertions are less honourable. In fact, the words “smoke and mirrors come to mind”. We have purchased lands directly from the mills after they have been cut. The Province has designated lands “protected” after they have been clear cut. This is beyond abhorrent. The Province also gave a conglomerate of mills complete control over nearly 600,000 hectares, against the wishes of the public. The people of Nova Scotia do not want clear cuts in our forests, and we do not want to pay for them as well.

If one wanders over to the Orders in Council database, and looks at objects under Natural Resources, March 27 and 29, 2018 were big days for the Province – big spending days – when the people of Nova Scotia paid over $2 Million for lands assessed at $908,000. The various properties were purchased from pulp and lumber companies as well as private owners. Many of the lands are previous clear-cuts, ready for harvest and some are ideal water frontage and even an island. You would hope these are being purchased to develop more parkland….. The big buy up of properties is pretty much an annual occurrence, and there are sales of lands as well, and there are sales and purchases at other times during the year, but these clusters of deals in March, are done behind closed doors right before the government’s year end, and most people have no idea they happen at all. People have no idea where the money comes from to afford these deals. And the balance of value for dollar speaks to really poor negotiating skills on the governments side, in seeking value for dollars on behalf of the people.

Buying lands from staff and lumber companies who have allowed their lands to be clear cut, at inflated values, encourages the practice. They can now buy two or more pieces of land, allow those to be clear cut, and potentially sell them to the Province for higher values as well. DNR is supposed to be a regulator, and these practices do not endorse an environment of regulatory behaviour.