Posted on September 23, 2018 by onenotsoboredhousewife

Unified Health opened their doors in Nova Scotia a few weeks ago. They will have Nurse Practitioners on staff who for a $35/15 minute or $70/30 minute fee, triage patients and direct them to appropriate medical and other doctors for the care they require. This is the same service we get for free at a hospital, or doctor’s office. Canadians do not pay for health care, so this development is troubling to say the very least.

It is layers of concern for many. In other clinics covered by the NS Health Insurance program, nurse practitioners are only able to work with a medical doctor as only doctors are able to bill MSI for services. There is no doctor at the Unified Health clinic.

First, we have a doctor shortage, nurse shortage, wait times and overburdened Emergency rooms. We hear weekly about ERs that are closing for days on end, usually over weekends and in Cape Breton it was announced recently that two hospitals in Cape Breton would be closing. Others appear to be at risk. And when the Minister or the Premier are prompted about the possibilities, they repeatedly deny these closures, until they announce them. Doctors are leaving the province, others are retiring. So there is a need for health care professionals, and the desperation of having no family doctor, leaves many thinking this private clinic option is their best bet. But why should a person with no family doctor have to pay to get care, when the Canada Health Act prohibits this very thing? Why would the rest of us who do have doctors accept that this as fair?

They claim they are trying to get the health care insurance program in the province, MSI, to pay for their services, but there is no indication as to when or even if that will ever happen. Part of their goal is to have other services they also provide covered too. They are also intending to open more clinics.

They say they are part of a research project, funded by the community on their website. Then one of their vice presidents got on the radio and said they were self funded. Then another one of their staffers was cited as saying on social media they were not a private clinic but rather were partially federally funded, partially non-profit and partially privately funded. It was revealed that they are actually funded partially by InNOVA Corp. So… I’ll come back to this.

In searching for information on Unified Health, it was obviously good to start with the board of directors and other members listed with the company to find out what their back ground was. I didn’t need to look far for some further troubling information.

The President and CEO of the various Unified Health organizations are husband and wife, Alan and Stephanie Attwater. Stephanie is an osteopath and massage therapist. Alan is a tech expert, with various board affiliations. And a strong relationship with the Liberals. He volunteered for the Liberal Party of Canada at the 2018 Liberal National Convention.

Other members of the Unified corporations include Ryan Cameron, who has designed a Virtual Reality Therapy program… and who is a recipient of funding from InNOVA Corp in the past. Rhys Bevan-John is a well known actor who has become a somatic coach. There are others, who offer services in naturopath, osteopath, acupuncture, massage therapy, etc. All of which are not currently covered by the provincial health programs. The President and other executives of the organization have spoken in the media repeatedly stating that they want their clinic to be covered, but it isn’t right now and so they want us to help them get their clinic included in the provincial health program…

So, let’s go back to the funding issue. InNOVA Corp is a crown corporation in Nova Scotia. It is a board, populated by two provincial deputy ministers, federal government appointees, several members of the business and academic communities and also in the technology industries. The Provincial Minister of Business is the overseer of the “Corporation”. So you find the usual repeats of other boards that reside in Halifax, along with some different faces hand picked. The Corporation is a crown corporation and manages what was the Nova Scotia First Fund, which invests in start up innovation in the province. Money comes in to InNOVA Corp from the Federal Government through the National Research Council and ACOA. The province gives funding through the Department of Business, NSBI, and the Cape Breton Partnership. There are also other investors according to their list of partners, including BioNova who has shortlisted Unified Health as a possible winner in the BioInnovation Challenge (BIC) 2018.

On September 18, the Premier was questioned about the funding from InNova Corp and he responded that they are an arm’s length company from government. They are a crown corporation, operating at arm’s length, but the fact is, they are funding this clinic in some manner, using both Provincial and Federal funds. So arms length or not, our tax dollars are funding a private health clinic.

So, let’s just go back for a moment. Nova Scotia is short on health care professionals. We have over 50,000 Nova Scotians without a doctor. We have hospitals and ERs closing. And our government is funding for profit private health care clinics. Rather than invest directly in our health care system, they are investing in a service that we will also have to pay into. When we are not legally supposed to be charged for health care.

Their website provided much more information on the members of their team, but recently several pieces of information were removed from their site, including the profile of their CFO, Jade Mason. We are not sure if that means Jade has left the organization, but we do know that in 2012 he was fined and suspended for a period from securities related business and fired from SunLife due to forgeries over a three year span. This certainly doesn’t give a taxpayer a great deal of confidence with who we are providing our tax dollars.

Then Stephanie Attwater came into various groups on social media for a some quick and cheerful informative posts, that urged readers to contact our MPPs (Ontario version of MLA) to lobby them for inclusion of Unified’s services in the Province’s healthcare. She also encouraged everyone to watch the videos on their website. Then when folks asked where the funding was really coming from…. she clammed up. Never heard from her again.

Other questions that remain unanswered related to the legality of the clinics, under the Canada Health Act; whether a Nurse Practitioner can work alone without a medical doctor; who is overseer of the clinic? What recourse do members of the public have if harm should befall them under the care of the clinic? Why is our government using our tax dollars to fund this private health care clinic? How much tax dollar funding has gone and will go to this clinic? According to the Act, the provincial insurance programs are liable for providing services, or suffer cuts in Health Care Fund transfers from the Federal level.

“The Act allows for dollar-for-dollar withholding of contributions from any provinces allowing user charges or extra-billing to insured persons for insured services. As noted below, this provision was effective in ‘solving’ the extra-billing issue.” and “In accordance with section 20, if a province were to violate the prohibition on extra-billing or user charges, the corresponding amount of that collected would be deducted from the transfer payment.”

So in essence, our Health transfers from the Federal government will be reduced for every $35 or $70 fee paid by any Nova Scotian to access the services of the Nurse Practitioner in any private clinic. So we lose by having to pay for service, we lose on our Health Fund Transfers, other tax dollars are diverted to for-profit health care clinics and we still don’t have the medical professionals and services we need in the province. It’s a lot like robbing Pete to pay Paul and charging a fee to watch universal health care go out the window. 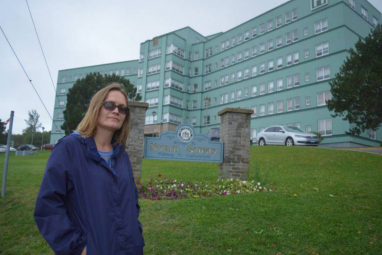 Many who need a doctor, still won’t be able to access one, and the clinic fees are out of range for what a lot of Nova Scotians can afford. According to Statistics Canada in 2016, Nova Scotia has the highest low income percentages in the country (17.2%), and we tied with New Brunswick with the highest percentage of children living below the poverty line (22.%) Rural communities possess higher rates than urban areas. And urban areas naturally have more access to primary care givers. And where will Unified Health expand their services? And citizens continue to fight for the health care program we need. They continue to fight hospital closures, in spite of the Premiers outright disdain for their protests, calling them “Noise”. Private clinics are a distraction from the government’s obligation to provide primary health care to every Nova Scotian, covered by the provincial health Insurance program.

From the Canada Health Act:

5 Subject to this Act, as part of the Canada Health Transfer, a full cash contribution is payable by Canada to each province for each fiscal year.

18 In order that a province may qualify for a full cash contribution referred to in section 5 for a fiscal year, no payments may be permitted by the province for that fiscal year under the health care insurance plan of the province in respect of insured health services that have been subject to extra-billing by medical practitioners or dentists.

19 (1) In order that a province may qualify for a full cash contribution referred to in section 5 for a fiscal year, user charges must not be permitted by the province for that fiscal year under the health care insurance plan of the province.

20 (1) Where a province fails to comply with the condition set out in section 18, there shall be deducted from the cash contribution to the province for a fiscal year an amount that the Minister, on the basis of information provided in accordance with the regulations, determines to have been charged through extra-billing by medical practitioners or dentists in the province in that fiscal year or, where information is not provided in accordance with the regulations, an amount that the Minister estimates to have been so charged.

(2) Where a province fails to comply with the condition set out in section 19, there shall be deducted from the cash contribution to the province for a fiscal year an amount that the Minister, on the basis of information provided in accordance with the regulations, determines to have been charged in the province in respect of user charges to which section 19 applies in that fiscal year or, where information is not provided in accordance with the regulations, an amount that the Minister estimates to have been so charged.